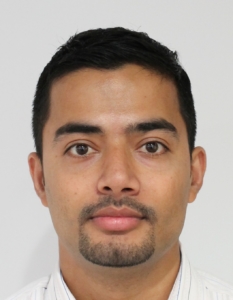 Abhinav is a dentist by profession. He graduated from Tribhuvan University in 2010 and has practised dentistry for 4 years in Nepal. He came to Australia in 2014 to pursue higher education. He holds a Master of Public Health from Western Sydney University. Currently, Abhinav is a PhD scholar at the University of Tasmania under the RTP scholarship from the Australian Government. Abhinav has been involved with various organisations in the past including NIST Alumni Association, Nepal Red Cross Society and Nepal Dental Association. He has a strong interest in health policy particularly to transform the health services in Nepal to a better level. 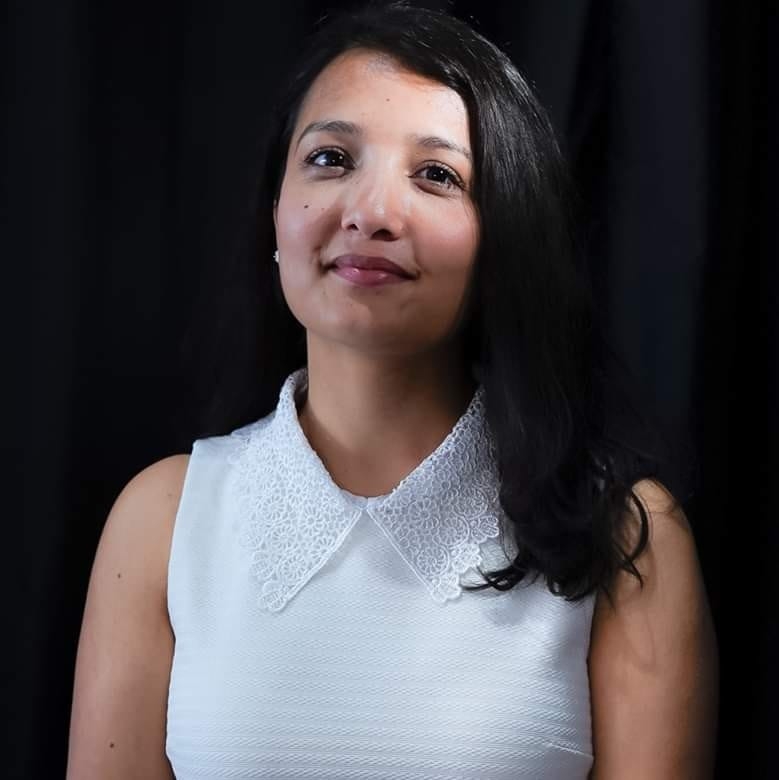 Meghna Chhetri Raut is a Finance Specialist  and an advocate of women empowerment. She came to Australia as an international student and graduated with Masters in Business Administration from University of Technology Sydney (UTS) in 2015. During her time in Australia, she has worked in several leadership roles within the Australian Telecommunications Industry with companies like Telstra and Vodafone Hutchison Australia.  In 2019, Meghna became the first franchisor for Money Quest Australia, in Tasmania. She has ever since, been passionately assisting home buyers particularly within the Nepalese Community. She is also a member of Women’s Network Australia and a former Volunteer at Society of St. Vincent de Paul Australia. She is an avid traveller, knowledge seeker, a book lover, and a shrewd businesswoman. 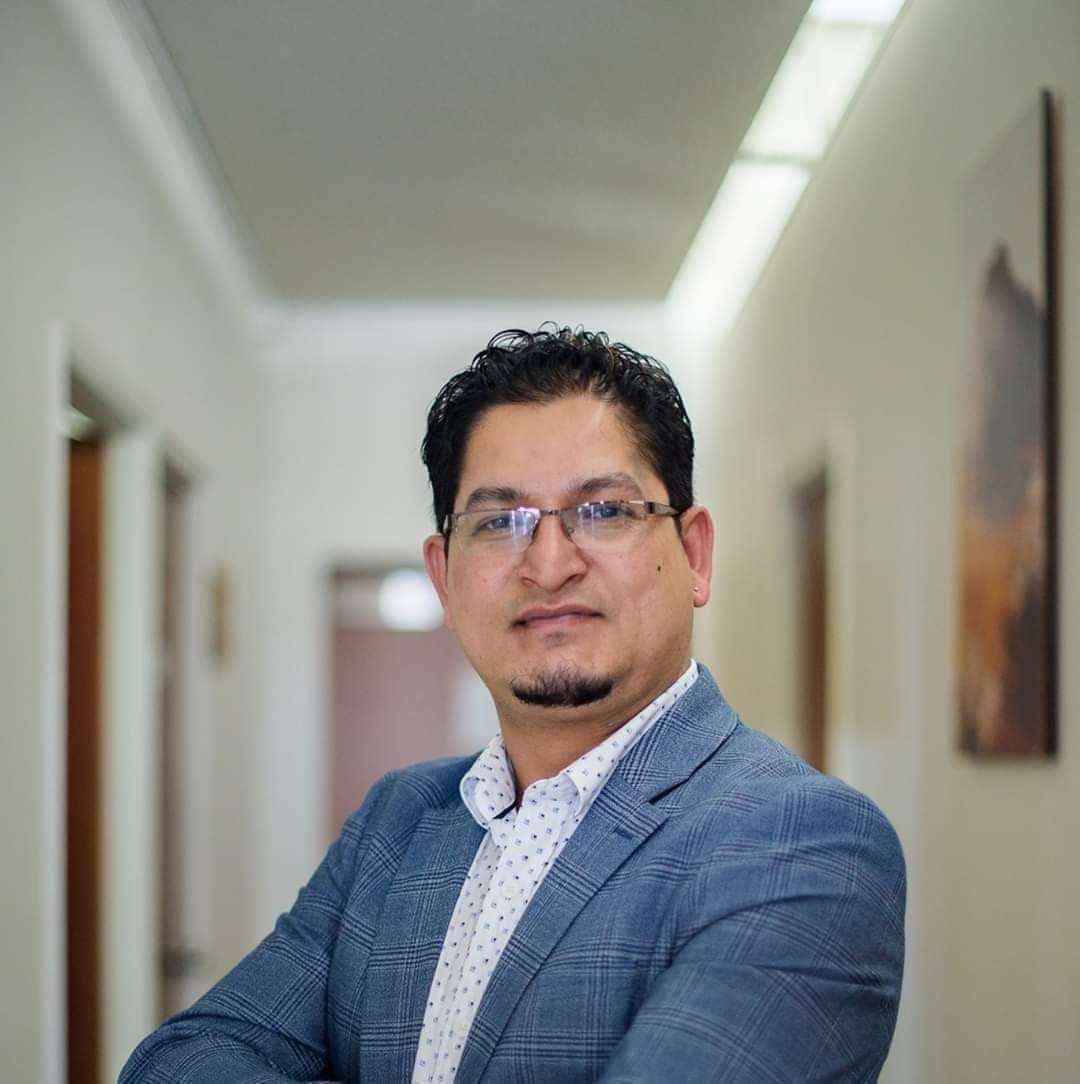 Pradip Pokhrel is a professional who has expertise in the field of Education and training in Nepal and Australia. He is a qualified Education Counsellor and Director of BMW Educational Consultancy Tasmania. Pradip has worked as a senior lecturer in various universities and colleges in Nepal for more than 10 years. Pradip has also worked as a Trainer/Assessor at various colleges in Australia for more than 3 years. Pradip is a graduate with: Master’s degree in Humanities and Social Sciences from Tribhuvan University Nepal, Master of Professional Accounting from Charles Stuart University, Australia, Graduate Diploma of Management from Skill Recognition Institute, Australia; and currently pursuing Graduate Diploma in Migration Law from Victoria University, Australia. 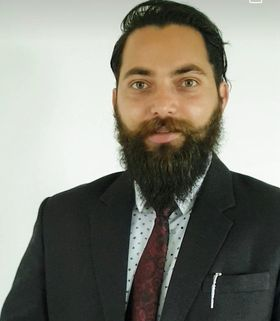 Sansar is an Accountant by profession. Currently, he is involved in COVID-19 Response Unit via Department of Premier and Cabinet Tasmania. He has been involved with various organization in the past including H&R Block Australia, Bupa Australia, Marvellous Commodities Nepal, Ace Development Bank Nepal, Suryodaya Secondary School etc. He has the passion to serve the society and believes in teamwork for the welfare of the organisation. 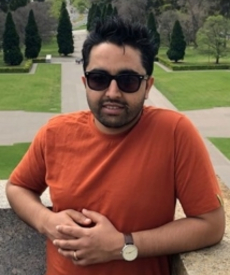 Ganesh Subedi is a professional who has expertise in the field of eye care and has worked in  Nepal, the Middle East and Australia within various positions. He is currently working with Specsavers Australia. Ganesh is a graduate with a Bachelor’s degree in Optometry from India and Diploma in Ophthalmology from Nepal. He has over a decade experience servicing in Optometry Practices in the Middle East and Nepal. Since moving to Hobart last year, Ganesh has enthusiastically participated in social and cultural programs within the community. He is more into Vedic Academic, Eastern Culture, civilisation and a strong believer of Karma. His passion is to do social and community work and has been actively involved in community Ophthalmology in Nepal where he has visited over 50 Districts where most of were remote villages to conduct the eye camps with a different role (screening and surgical). 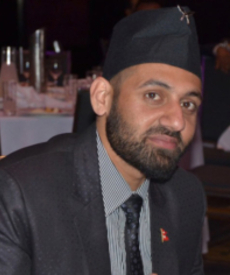 Surendra Kharel (Subin), moved to Tasmania in July 2017. He has been an active member of the Nepali Community since arriving in Hobart. Subin has also been involved in various other organizations – Council of International Students Australia (CISA), Hobart City Mission, Tour de office foundation and Lions club. He has played the role of event coordinator in Nepali Society of Tasmania since becoming an executive member. He is also part of the Nepal Fair Organising Committee for 2020. Subin enjoys travelling, reading novels, listening to music, and playing indoor games. 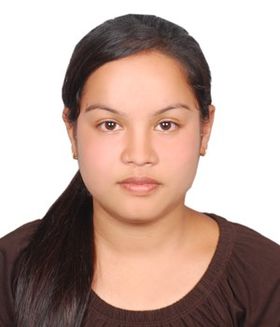 Purnima Shrestha is a Planner/Architect by profession and holds Master degree in Planning from University of Tasmania (UTAS). She completed her Bachelor degree in Architecture from Pulchowk Engineering Campus, one of the prestigious college of Nepal. Currently, she is working as Graduate Planner in Hobart. She has also worked as Architectural draftsperson in Pinnacle Drafting and Design located in Cambridge, Tas for 3 months. Purnima has interest in cultures, tradition, built environment, natural environment and sustainability (Architecture and Planning). She has been involving in Nepalese community since her arrival in Australia (2018). She volunteered as an architect for venue layout planning for Nepal fair 2019 and 2020. 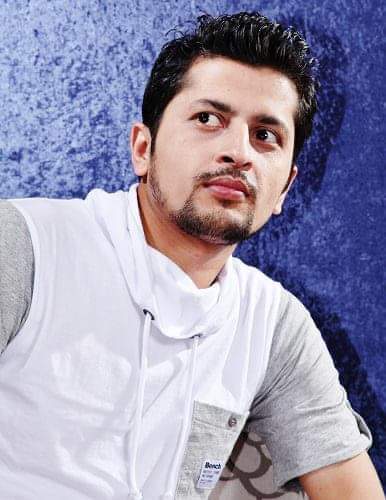 Subash Sapkota is an active executive member of the Nepalese society of Tasmania since July 2020. He joined the community since he came to Hobart in April 2019 and has been continuously volunteering on various programs conducted by NEST. He has completed master’s in marketing and Innovation from Anglia Ruskin University in the United Kingdom. He is the person who is always full of creative and innovative ideas. Subash is an entrepreneur and has sound knowledge in Business. He has set up two businesses in Tasmania. Subash has been involved in many community and social welfare works back in Nepal. Subash also advocates for students and has been actively participating in helping students in various ways. 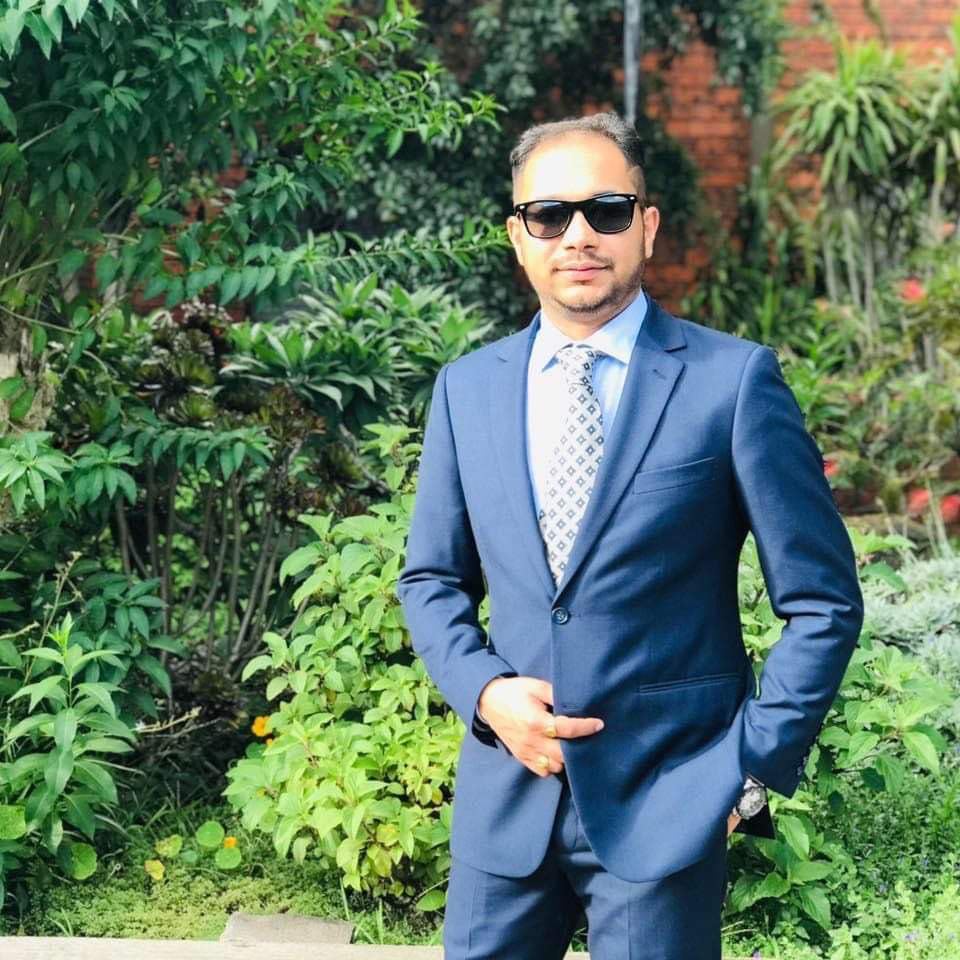 Sujan is an Accounting graduate from CQ University. He worked in banking Industry in Nepal for almost 2 years and also he has an experience of Life insurance Agent in Nepal. Sujan is also involved in different Social organisations like Red Cross, Rotary Club, Rotaract club and served as a President of Rotaract club of Pokhara in 2015/16 and also he is an Chartered member of Rotary club of Pokhara Lakeside. He has visited Malaysia, Singapore, Bangladesh, India and Thailand as a representative of these Social organisations.He takes social service as a beautiful part of humanity which can bring equality in the community.